The Festivals of Goa – A Great Way to Experience Goan Culture

Goa is a small state on the west coast of India, which was once ruled by the Portuguese and they have a massive influence on the local culture festivals. Read on to know more about the festivals of Goa and its rich culture and heritage.

Goa is a tourism paradise of India, every year millions of tourists both locals and from across the world visit the state to see and enjoy its beautiful beaches and delectable cuisine. While the state draws tourists all year around, some people, especially tourists from Maharashtra and other neighbouring states like to visit the state during festivals.

Apart from the beaches, forts, churches, and food, Goan festivals also serve as a vital attraction for the tourists. If you want to experience the real Goan culture and heritage, you must visit the state during the festive season. Some of the popular festivals of Goa, include:

The carnival festival is popular worldwide. You may have heard of the Carnival in Brazil, and the UK, but the Goa Carnival is no less and has its own unique charm. The carnival brings out the festive spirit of every local, and it is one of the best times of the year to visit Goa.

The festival is celebrated for three days and nights before the month of Lent begins. Since, the festival falls in the month of February, if you book your flight in advance, you may get the lowest Mumbai to Goa airfare. The festival started by the Portuguese rulers during the 18th Century and the tradition continues till date.

During the festival, both locals and tourists gather in large numbers on the street to participate in the various musical parades. The festival showcases the unique Goan culture, and heritage. And, there are fun-filled activities held throughout the day for three days, and you can revel in music, dance, food and drinks.

This is another popular Goan festival that is celebrated to honour the death of Saint Xavier, popularly known as the Lord of Goa or ‘Goencho Saib’ by the locals. St Xavier was a catholic missionary who was born in 1507 and he came to India to preach Christianity among the people of Goa.

After he died, his mortal remains were placed in a silver casket at the Bom Jesus or Basilica de Bom Jesus Church. Until 1994, the Saint’s body was brought out every 10 years and kept in a glass case with his feet exposed for the public to see. However, after 1994, the saint’s remains deteriorated significantly and his body is not brought for public display.

This popular festival is organised and enjoyed by both Catholic and non-Catholic communities of Goa. It is widely celebrated in two Goan villages, namely – Verem (North Goa) and Cansaulim (South Goa). The festival is dedicated to The Lady of Mount Virgin Mother Mary with Infant Jesus in her lap, who is believed to be the protector of the people.

The celebration takes place for about nine days and it is held in the Chapel of Nossa Senhora dos Remidos, which is more than 100 years old.

The festival of Goa is a great way to experience the Goan culture and enjoy the unique celebrations. You can plan your visit to Goa around any of these festivals, and you are sure to have an experience of a lifetime.

The New Concept of Potato He ... 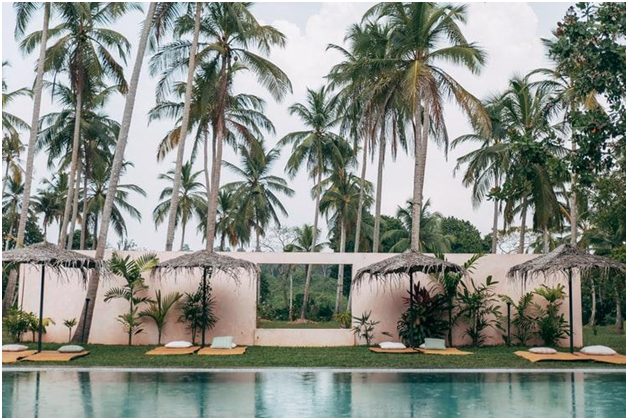 Everything To Know Before Pl ...

Benefits of Visiting a Wellness Spa